This was the first of many interviews Theatre Talk did with Eric Peterson and other members of  Oldcastle productions. This was the fifth interview of the first year of our radio program. This was also Oldcastle’s 40th anniversary as a theatre company in Bennington, Vermont. Eric spoke about some of the theatre’s history.  The interview took place on March 7, 2011, several months before the company received notice from the Bennington Center for the Arts that this would be the company’s last season at the Center. The Oldcastle Board of Directors saw this as a challenge for a new beginning which led to the company’s current theatre in downtown Bennington.

When Bob and I started our program about theatre on our local radio station in 2011, our goal was to be theatre advocates. We wanted people to be as excited about theatre as we were. Our first two programs were Live Theatre and Going to Theatre Economically and  American Musical Theatre. On our fourth program we had our first interview with actors. Josh McCabe and Ryan Winkles are actors we were to interview frequently over the following years. It was February and they were at Shakespeare and Company in The Mystery of Irma Vep. We have seen these two fine actors in many productions since. They are equally adept at comedy, tragedy and everything in between. We have several years of radio programs that were recorded before we started our blog in 2015. The experiences that various people shared with us over those years should not be lost. While waiting for theatres to open again, it is good to remember some of the exciting theatrical events of the recent past.

Click on the link below to hear their insights. 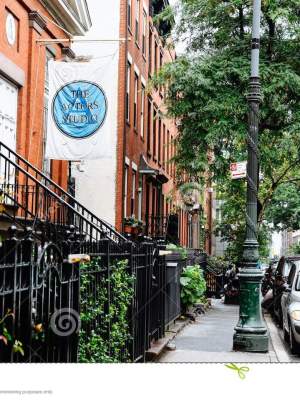 As some theatres postpone their summer seasons because of the pandemic, we feel it necessary to  remind people how  important and unique the theatrical experience is. Some theatres are finding ways to keep in touch with theatre goers by  posting archived productions or doing virtual readings or offering collages from  past productions. It is important for people to make contributions to theatres when and where they can. We are going to post some radio interviews we did before we started our blog.  We want to remind people of the splendid history of theatre as well as informing them about what theatres in our area and elsewhere are doing during this difficult time. Our goal is to post at least once a week. In that spirit I interviewed Bob about his years as Stage Manager at Actors Studio.

Ira Aldrich was an African-American actor who was born in New York city in July, 1807. When he was seventeen he emigrated to England to continue his acting career which was not possible in the United States at that time. He became well known while touring the provinces and in 1833, he played Othello at Convent Garden in London for two performances.

The play, Red Velvet by Lolita Chakrabarti, which is running at Shakespeare and Company until September 13, focuses on that event in Aldrich’s life. This is the play’s American premiere. It was performed in 2012 in London with Adrian Lester, Chakrabarti’s husband, as Ira Aldrich.  In this production Aldrich is played by John Douglas Thompson, who has also performed Othello at Shakespeare and Company.

Bob and I interviewed the director, Daniela Varon, John Douglas Thompson and Joe Tapper who plays Pierre Laporte, the theatre manager who hires Aldrich, early in the rehearsal process. Although we learned a great deal as we talked with them, nothing prepared us for the reality that is presented on the stage. This is a play which engages you each moment when you are watching and which you discuss and savor afterwards, recalling favorite moments. Not only does Ira Aldrich come alive, but the world of 19th century theatre does as well. Theatres were huge then and the groundlings were not standing in front of the stage as they were in Shakespeare’s time but were in the galleries and had to be reached.

However, this is more than a history lesson about theatre. It is a compelling, relevant play performed by a talented cast led by John Douglas Thompson and directed with skill by Daniela Varon.