Mamma Mia runs at the Mac-Haydn Theatre in Chatham, New York until July 22. This musical  is the most requested musical in the company’s history. Since the play opened in London in 1999 with its ABBA music, it has been a long-running hit everywhere. It was the eighth longest running show on the West End in London and the ninth longest running show on Broadway. It was also made into a movie with Meryl Streep. There are songs like Dancing Queen that stick with you. Besides that it does celebrate women’s independence.

Bob and I had the chance to interview three of the principal performers on opening night. Betsy Padamonsky who plays Donna Sheridan, Kelly Gabrielle Murphy who plays her daughter Sophie, and Gabe Belyeu who plays Sam Carmichael

Read what the reviewers say 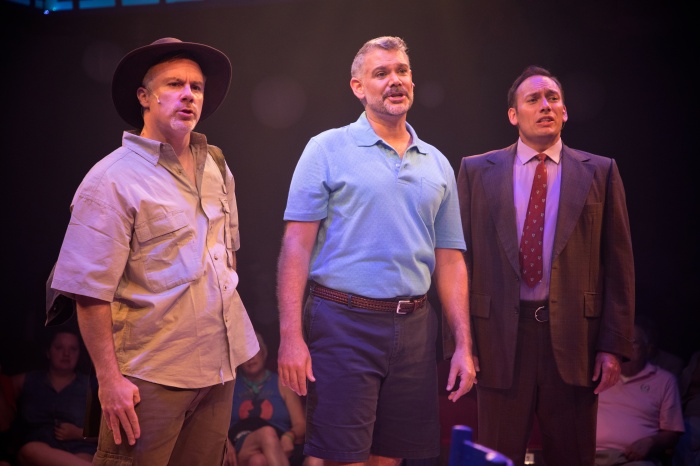 One thought on “Mamma Mia”